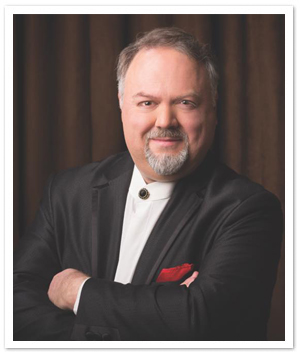 Dr. Jason Altieri is the current Music Director of the Atlanta Pops Orchestra and Associate Conductor for the Reno Philharmonic. Dr. Altieri is also a strong advocate for young musicians through his position as Director of Orchestras at the University of Nevada and with guest conducting engagements with youth orchestras all over the United States. In addition, Jason enjoys regular conducting engagements with the Hollywood Concert Orchestra, an ensemble which he has led on several tours throughout the United States, China, and Japan since 2006. His extensive touring has seen him conducting in most of the major performance venues in the United States and Asia including The People’s Hall in Beijing, China and Suntory Hall in Tokyo, Japan. In addition to his extensive touring and as a result of his tireless work with young musicians, Dr. Altieri was invited as a guest conductor for the Los Angeles Orchestra Festival held in Walt Disney Hall on June 24th, 2011. He also served as the orchestra director for the International Double Reed Society Conference in July of 2012.

In addition to his orchestral work, Jason is also an accomplished conductor of opera as well. He was engaged by London’s Royal Carl Rosa Opera Company to lead them on three North American tours. He was also the Associate Music Director for the Ohio Light Opera Company in the summer of 2006 where he conducted six productions and over 40 performances during their 29th season. As a result of his work with the OLO, Jason Altieri has released two recordings on Albany Records. In 2002 Dr. Altieri was chosen to study with Valery Vatchev of the National Bulgarian Opera, which led to guest conducting engagements of La Traviata, Il Trovatore and Rigoletto in the Czech Republic. He has also worked on the faculties of the Interlochen Center for the Arts and the Sewanee Summer Music Center.

A native of Georgia, Jason Altieri grew up in a musical family with both parents being members of the Atlanta Symphony Orchestra. High School was completed at the Dekalb Center for the Performing Arts and his education continued at the University of Georgia where he received a Bachelor’s Degree in Music Education. While pursuing advanced degrees in conducting from Michigan State University, Jason not only served as Assistant Conductor for the Orchestra Program but was also the conductor of the Opera Theatre Program and was fortunate to have additional studies with Neeme Jarvi of the Detroit Symphony Orchestra and Gustav Meier of the Peabody Conservatory. Dr. Altieri currently resides in Reno, Nevada.